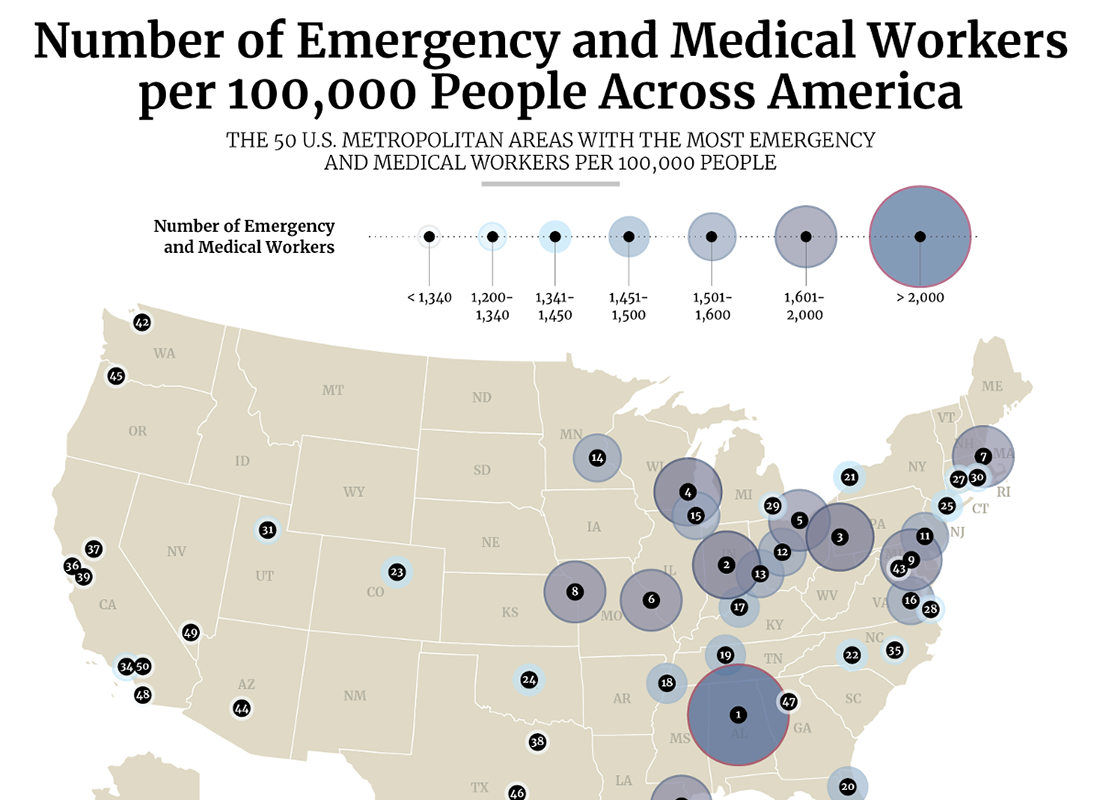 Which metropolitan areas in the United States have the most emergency and medical workers per 100,000 residents? Are areas with a high number of nurses likely to have a high number of doctors as well? It may come as no surprise that Jacksonville, FL — the largest city in the state with one of the biggest populations of elderly residents — has more primary care doctors than any other metro area, but some other statistics are less predictable. Did you know that the Birmingham, AL, area has more registered nurses and more police officers per 100,000 people than any other metro area in the country?

The following infographic breaks down which of the 50 most populous metropolitan areas in the United States have the most registered nurses, primary care doctors, police officers, firefighters, and EMTs and paramedics per 100,000 people.

What Jobs Are in Emergency Services?

How Many People Are Employed in Health Care in the U.S.?

Health-care workers make up a large portion of the workforce. The U.S. Bureau of Labor Statistics estimates that there are more than 15 million people working in a health-care capacity. While there are a variety of health-care professionals, spanning from doctors and surgeons to dietitians, for our purposes, we chose to analyze the number of primary care doctors and registered nurses in major metropolitan areas around the country.