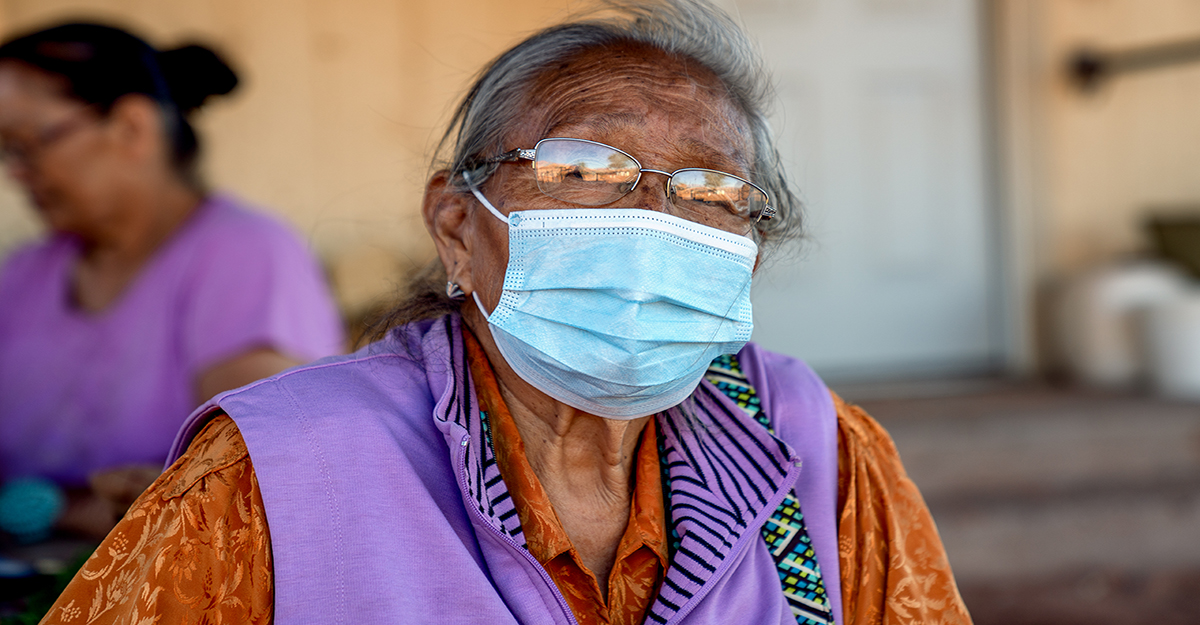 When COVID-19 made its way to the Navajo Nation in March, a combination of circumstances fanned its flames.

And by May, the Navajo Nation — which covers an area of roughly 27,000-miles that includes sections of Utah, Arizona, and New Mexico — had surpassed New York as having the highest per-capita COVID-19 infection rate in the U.S.

By late November, more than 15,000 people among the population of nearly 175,000 people had tested positive and 631 people had died from COVID-19, according to the Navajo Nation Department of Health.

Nurses, physicians, and other medical providers already working in the Navajo Nation soon found themselves overwhelmed with the surge.

Among those who joined the COVID-19 response in the area was a 50-person team from the University of California San Francisco’s (UCSF) HEAL initiative. HEAL — which stands for Health, Equity, Action, and Leadership — was founded by Sriram Shamasunder, MD, an Associate Professor of Medicine at UCSF. The organization has fellowships in the Navajo Nation and in nine countries and is built to strengthen healthcare workforces operating in vulnerable populations.

The Navajo Nation was vulnerable to COVID-19 for several key reasons.

COVID-19 cases quickly raced through families, Shamasunder said, partly because it is common for multiple generations of families to live in one household.

Shamasunder says elders are so revered that during the pandemic if a house has more than one bedroom, often the elder person is isolated in one room and the rest of the family shares another.

He described a patient in her 50s who lived with her parents in their 80s and was desperate to protect them when she became infected.

“When she knew she was getting sick with COVID-19, she slept in her pickup truck for two weeks before she was hospitalized,” Shamasunder said.

Shelter-in-place orders are complicated by high poverty and lack of access to food and water, especially since the entire Navajo Nation is a food desert.

Shamasunder said the area has 16 grocery stores. For comparison, the state of West Virginia has about 160, he said.

About a third of the population does not have running water and electricity, so a key prevention strategy – washing hands frequently – is problematic.

Additionally, rates for diabetes and obesity are notably high in the Navajo Nation.

Loretta Christiansen, MD, Navajo area Chief Medical Officer for the Indian Health Service, said the lessons learned from the early onslaught of COVID-19 are driving action to prevent a recurrence in a second wave.

Fairly early in the pandemic, the nation set up alternative care and isolation sites, she said.

She said if there’s a surge in the area, opening up more isolation sites will be key in containing the spread. That way, patients can be monitored and healthcare staff can get them food and supplies and keep them from other members of their household.

Additionally, access to water has improved in recent months with additional cisterns and wash stations, she said. “I do anticipate we are prepared to keep our numbers down more effectively if there’s another wave through Navajo [Nation],” Christiansen said.

Case numbers drastically fell from the peak of the crisis in the Nation, and there were days when there are no new cases. However, in mid-September, Christiansen said, numbers started to spike in a couple of areas, and the Nation reestablished a curfew on the weekends and other containment precautions.

Christensen said she is immensely grateful for nurses from the HEAL program as well as those from the Veterans Administration and a wide variety of outside partners.

She also credited the Indian Health Service public health nurses who played a key role in reaching out to families.

Those nurses, most of whom spoke the Navajo language and English or could communicate through a translator, were able to go into the most remote areas of the region to perform COVID-19 testing and bring food, medicines, and supplies.

Volunteers Will Never be the Same

Volunteers said the experience has changed their thinking personally and professionally.

Sara Kaiser, RN, left her job in April as a med/surg ICU nurse at UCSF to work for two months at the Gallup (New Mexico) Indian Medical Center, just off the reservation.

One thing the experience taught her, she said, was the importance of “conservation nursing.”

She learned, for example, to bring only the supplies she needed into a patient’s room. Bringing supplies that would end up unused, but contaminated, was a practice the low-resource hospital could not afford.

“I’m not going to bring 4 (intravenous) catheters in. I’m going to bring 1-2 in and aim to get it right the first time. It has made me a better nurse.”

Ali, who worked in the intensive cardiac care unit at UCSF before joining the HEAL group in the Navajo Nation, was struck by the burdens on families when a loved one became ill. “We didn’t have the capacity to maintain the sickest patients on ventilators,” he said. “Once stabilized, we would send them to Albuquerque or Phoenix.”

But many would not survive, he said. “That was so hard for the families when they died away from their native land,” he said.

Ali said nurses with a critical care background were able to share those skills and help train others.

“There was a lot of education as well as extra hands that we were able to provide,” Ali said. “We took their old pediatric unit, built some walls and built a complete isolation unit. All patients who had COVID-19 were admitted to that unit whether they were relatively stable or very, very sick.”

Ali said the experience has changed his immediate career goals. He is making plans to return to the Navajo Nation.

“The consequences of what they went through there are going to play out over time, because of all the chronic conditions that went unmanaged during the pandemic,” he said.

Shamasunder also is looking toward how his program can help build a sustainable long-term healthcare workforce.

“We’re starting to think how we can engage a long-term nursing strategy in the Navajo Nation,” he said. “We’re looking to build a pipeline of nursing support to help Navajo Nation nurses take care of their population.”

Get information on our free COVID-19 resources.

Nurse Salary By State: An In-Depth Guide for 2021