Have you ever been prescribed a medication that brought on unpleasant side effects? We’ve all been there, right? We’ve all experienced an upset stomach, diarrhea, dry mouth, excessive sleepiness, etc. at one point or another due to a prescribed medication. And although these side effects aren’t fun to have, they are usually quite common and are not life threatening. However, a true allergic reaction can be. So, it’s important to know the difference when assessing a patient’s health, as well as for your own personal safety. Luckily, CEUfast offers a course called Allergy Versus Side Effects: The Confusion Must Stop, which is a great tool to use when trying to understand this concept. 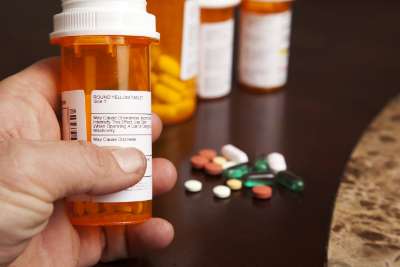 When starting a new medication, you might start to feel queasy, run a fever, or maybe even get a rash. Are these signs that you may be allergic to the medicine, or are these just normal side effects? By definition:

When the body’s immune system produces a substance called immunoglobulin E, this is when anaphylaxis happens. Immunoglobulin E binds to the cells in your body, called mast cells, which release chemicals that cause an allergic reaction. This allergic reaction can be anything from redness, swelling or hives, but can get more severe with each additional exposure and may, eventually, even lead to death.

Here’s how the science behind it all unfolds:

When an allergen binds IgE antibodies on the surface of basophils and mast cells, eosinophilic chemotactic factors and histamine are released from storage granules in the cell. Once this happens, other chemical mediators are rapidly synthesized and released, such as kinins, platelet activating factors, adenosine and leukotrienes, which are slow acting reactants involved in anaphylaxis. Clinically, the patient experiences the first wave of symptoms, which is usually vasodilation, and a sense of imminent doom. In a sensitized patient, the onset of signs and symptoms can be experienced almost immediately, but it may be delayed by 2 to 15 minutes. Occasionally the allergic reactions can be delayed by up to two and a half hours after exposure to the allergen. Mast cell activation and proliferation promote the production of cytokines, which perpetuate the allergic reaction even after the allergen is no longer present lasting up to 6 to 8 hours. The clinical symptoms of an allergic reaction to a drug may vary widely. A generalized allergic reaction may appear similar to serum sickness reactions or immune-complex reactions.

These types of reactions can occur within seconds to a few minutes, or even longer, after the drug is administered. One out of every 2,000 ambulance requests are anaphylactic-reaction-related, and of these reported, 2% of cases are fatal. According to epidemiologic studies, anaphylactic reactions have been known to put thousands of patients in the hospital every year. Penicillin is the top drug most commonly known for having allergic reactions, accounting for almost 90% of all reported allergic reactions to drugs. It is also connected to around 75% of all fatal anaphylactic drug reactions.

Now that we understand the scientific explanation behind allergic reactions, it’s important to also know how to react to them, especially when you’re in the healthcare industry.

How to React to a Reaction 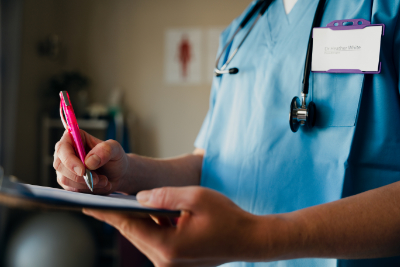 Allergic reactions typically happen because someone is being administered a new medication and there are no known allergies to it yet. However, once you do find that you’re allergic, it’s important that you let your healthcare provider know. If you do have a reaction, however, antihistamines are over the counter drugs that are commonly used for treating and managing allergic conditions.

In order to minimize a patient’s risk to anaphylactic reactions, try to:

Once you realize that what you’re encountering is an allergic reaction, you should know that factors, such as the amount of the allergen taken and the way the route of entry, could affect the extent to which an allergic reaction will develop. It’s also important to look out for other signs and symptoms, which can be nausea, vomiting, diarrhea and colicky abdominal pain, dyspnea, wheezing and chest tightness, peripheral vasodilation, and hypotension and tachycardia. And although these can sometimes look like side effects, if they aren’t common or known side effects with the type of medication, it can be something more severe.

Depending on the severity of the patient’s allergic reaction, they can be treated in the emergency department and discharged home or hospitalized for longer periods of time to be monitored and further evaluated. If a patient is displaying severe wheezing, hypotension, stridor, hoarseness of voice and shortness of breath, they should be treated as a medical emergency and observed for 24 hours, or possibly longer depending on the severity of the situation.

As a nurse in the medical industry, your role is critical in obtaining and verifying patient histories in order to keep people safer and reducing the risk of having a severe allergic reaction. And in some cases, patients may need to be made aware of the difference between side effects and allergies, as if it could be life saving. Even though it may seem like a simple thing to do, entering a note in a patient’s medical record explaining the allergy history in detail is very important.

If you, on a personal note, ever think you are having an allergic reaction to a new medication, you should call your doctor right away. They may tell you to come in for an exam or tests to see if you’re allergic to the medicine. If you’re not allergic and medication is maybe giving you a bad side effect, you may be able to take a lower dose of the drug or they can prescribe something to ease your discomfort. As always, you should talk to your healthcare providers if you have any questions about side effects and allergies to medication, after all, they are here to help you.