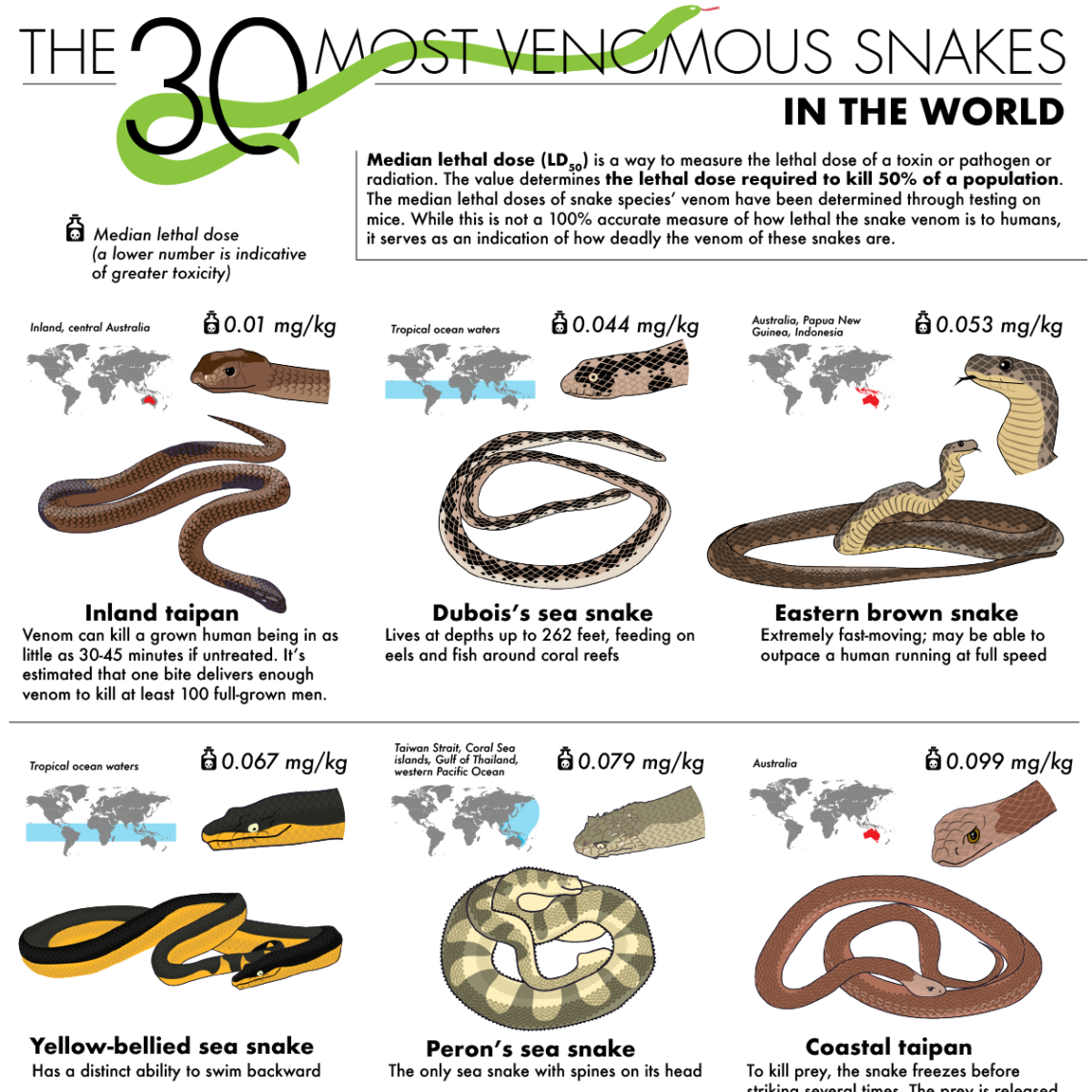 A snake bite from this elusive creature is estimated to be packed with enough lethality to kill 100 fully grown men. An untreated bite from the inland taipan has the potential to kill a human within 35 to 45 minutes, depending on the location and severity of the bite. It’s extremely fast and agile and can strike with vicious precision, often delivering multiple strikes per attack, injecting venom almost every time.

Fortunately, the inland taipan tends to be a shy and reclusive creature with a peaceful disposition, opting to escape trouble rather than confront it. However, the inland taipan will defend itself and strike if mishandled, provoked, or trapped.

The saw-scaled viper (along with other echis genus species) is believed to be responsible for more human casualties than all other snake species combined in regions where they are present. This is due in part to their abundance in places lacking in modern medical infrastructure. Most bites occur after dark when they are active, which contributes to the overall death toll. These snake bites cause coagulopathy and defibrination, which can result in bleeding anywhere in the body, including the brain. This bleeding can persist for days or weeks.

According to the World Health Organization, out of the 4.5–5.4 million people who are bitten by snakes annually, 1.8–2.7 million develop clinical illness and 81,000 to 138,000 people die from snake bite complications. High-risk groups for snake bites include rural agricultural workers, herders, fishers, hunters, laboring children, and people residing in poorly constructed buildings. Children are the most susceptible to dying from snake bites. Ongoing difficulties with antivenom production are restricting crucial access to safe, effective antivenom in many regions, especially parts of Africa. Adding to the problem are cultural mentalities that rely entirely on traditional medicine.

Signs of a snake bite will vary depending on the species of snake, but some common snake bite symptoms include: