Every year, the country dedicates the month of February to honor and celebrate Black History Month. It’s a time to reflect and recognize the achievements of notable black and African American leaders who not only have helped make the world a better place but have also made a significant amount of contributions to the nursing and medicine fields.

In today’s world, nearly 10 percent of people working in the nursing industry identify as black or African American – making an estimated 350,000 registered nurses and LPNs working in this particular field. And to ensure that nurses have equal opportunities and to promote improving health around the globe, organizations such as the National Black Nurses Association represent thousands of top-leading individuals in the industry.

In this blog, we will take a look at some notable black and African American leaders in the nursing industry. 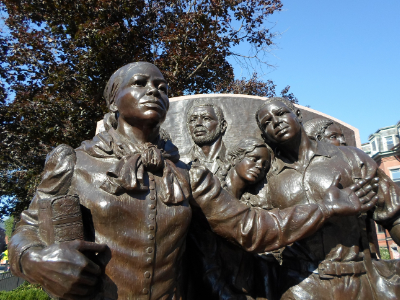 Although Sojourner Truth is famously known as an outspoken advocate for abolition and civil and women’s rights in the nineteenth century, many don’t realize she spent many years working as a nurse and advocating for nursing education. She was born in 1797 as a slave in Dutch-speaking Ulster County, New York. Truth served as a nurse for the Dumont family before escaping slavery. After establishing her freedom, she worked for the National Freedman’s Relief Association in Washington DC, often speaking to Congress and addressing the need for more nursing education and training programs.

Harriet Tubman is famously and rightfully known for her efforts to help over 300 slaves travel the Underground Railroad and escape to their freedoms. But prior to her heroic act as an American Abolitionist, she also earned a reputation as an essential nurse with extensive knowledge of natural and herbal remedies. As troops became infected with dysentery and smallpox, Tubman fought to keep them alive. She even helped Union military commanders as a spy with her knowledge of the surrounding areas. Once the war ended, she continued to care for others and eventually helped start a home for the elderly.

“Work more and better the coming year than the previous year,” was the motto of Mary Eliza Mahoney, who is a legend and a pioneer in the nursing profession. Mahoney is not only the first black registered nurse, but she was a trailblazer for women and future nurses. She graduated from a nursing program in New England that required 16 hours of labor, seven days a week, and was one of three graduates out of the class that began with 40 students. In 1908, she helped establish the National Association of Colored Graduate Nurses and continually proved that black nurses deserved equal opportunities. To this day, the American Nurses Association created the Mary Mahoney Award, which is considered to be one of the highest honors a nurse can receive.

Serving as a volunteer for the Union Army during the Civil War, Susie King Taylor took on extraordinary roles, from bravely nursing soldiers back to health to firing a gun with remarkable accuracy. In fact, she was so brave, that she went against orders to sneak into tents of soldiers who had been quarantined with smallpox and provided them with the care they needed.

Adah Belle Samuel Thoms was a trailblazer in the nursing industry. At the age of 25, in 1905, she graduated from the Lincoln Hospital and Home School of Nursing. Shortly after, Thoms was named acting director the same year she earned her degree. However, at the time it was unheard of for a black woman to hold such a high position, so she was never officially named director, despite her excellent record while leading the school.

Thoms worked to set up the National Association of Colors Graduate Nurses and fought for black nurses to serve in the American Red Cross and the US Army Nurse Corps. She wanted black nurses to experience equal rights and better opportunities in the industry, so she led by example and used her own activism to encourage other nurses that were ready to serve.

Mabel Keaton Staupers was instrumental in ending the US Army’s policy of excluding black nurses from its ranks during the second World War. She completed her nursing degree from Freedmen’s Hospital School of Nursing in Washington, DC, and was met with resistance and had to deal with segregated programs that were unwilling to include black nurses. After graduating, she worked as a private duty nurse and was later confronted with the discrimination against Black Americans in the nursing profession. Not only did she work hard to generate equal rights for black nurses, but fought for health care services to be accessible for black citizens. Instead of taking no as answer, Staupers kept fighting on until all ethnicities were accepted into the US Army and the American Nurses Association.

Estelle Massey Osborne is the first black woman in the United States to earn a master’s degree in nursing. As she saw the struggle for other black nurses to have higher education and opportunities, she took on the challenge to correct it. During the 1940s, she helped pave the way for nursing schools to expand their numbers in accepting black students and helped lead the US Navy and Army lift their color ban. In 1945, she became New York University’s first black instructor when they made her an assistant professor. In 1982, the Estelle M. Osborne Memorial Scholarship was established to annually honor a black nurse pursuing a master’s degree in nursing.

Lillian Holland Harvey spent years learning and mastering the nursing industry. In fact, she received her diploma in nursing in 1939, her bachelor’s degree in 1944, her master’s in 1948 and eventually her doctorate from Columbia University in 1966. Her great knowledge for the industry led her to become the Dean of the Tuskegee University School of Nursing, where she created the school’s Bachelor of Science degree in nursing. She served as a powerful example to her students and inspired many to continue their education and make the world a better place.

Hazel W. Johnson-Brown made history when she became the first black female general in the United States and the first black chief of the US Army Nurse Corps. After earning her nursing degree from the Harlem Hospital School of Nursing, she joined the army where she served in both Japan and Korea and trained nurses that were headed to the front line during the Vietnam War. She truly climbed the ranks and gave women everywhere a role model to look up to.

Betty Smith Williams became the first black student to earn her nursing credentials from the Frances Payne Bolton School of Nursing and the first African-American individual to teach at a higher education institution in California. As a leader, Williams understood that power comes when people join forces and work towards a common goal. She furthered her outreach by starting the National Black Nurses Association in 1971, which aims to provide a voice for the African-American community and improve healthcare for people across the country.

Throughout history, these women set the bar high on defending their rights and opportunities to become leaders and trailblazers in the nursing industry. They fought hard against resistance and people constantly setting up roadblocks along their journeys. But in the end, they proved them wrong – they took a stance on achieving their goals no matter what and made the world a better place.