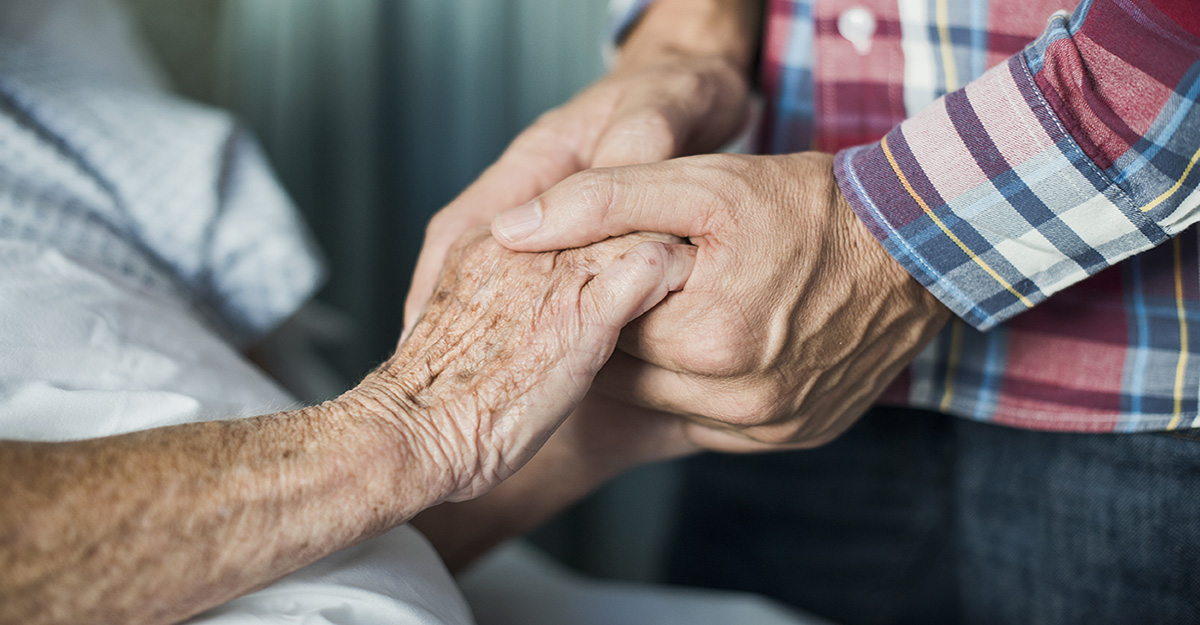 Early in my nursing career, I had the honor of caring for Mr. Smith during the last moments of his life.

Before I came to care for him, I learned that he had been in declining health for some time. He was exhausted. In fact, during the course of this current admission, he made the very personal decision to forgo any further treatment. After discussing his wishes with his family who had gathered around him, Mr. Smith was placed on comfort care and a morphine drip.

I arrived for the first of three night shifts and received report on my patient assignment. Two of my patients were stable, two needed immediate attention, and then there was Mr. Smith. You see, he too was in need of care, as was his family. After hearing his story, I was moved by his strength to fight his illness and, later, his determination to be at peace.

After rounding on each of my patients, I arrived at Mr. Smith’s door. While I had experienced unexpected loss of life, I had yet to bear witness to someone who had made the conscious decision to stop treatment and take control of how he would spend his last days on earth.

He was determined to leave on his own terms, so to speak.  To be honest, I wasn’t sure how I would handle it, and more importantly, if I would I be all that Mr. Smith and his family needed me to be. I did not doubt my ability to care for him. What concerned me most was how I would care for his son, daughter-in-law, and many grandchildren.

Could I comfort them in their grief while they watched someone they loved so dearly pass in front of their eyes. What was most concerning for me? Feeling inadequate in their time of need.

My first interaction with Mr. Smith and his extended family was just after this delicate and very personal decision had been made. In addition to providing needed care for him, I also explained what was happening (and going to happen) to the many family members who remained gathered at his bedside. There were several questions and plenty of emotions in the room that night. My shift ended with Mr. Smith resting comfortably and peacefully. I assured his family that I would be back with them the following night.

The next night, I returned to the hospital and received report for Mr. Smith. After once again rounding on my other patients, I arrived at his room. Before entering, I prayed I would be all that they needed — that I would convey compassion and grace during our time together. After providing care for Mr. Smith, my focus turned to the many family members by his bedside and specifically his daughter-in-law, Susan. I distinctly remember having a lengthy conversation with Susan, her husband, John, and their children regarding what they were witnessing.

By this time, Mr. Smith’s breathing had slowed, and he was unresponsive. At one point toward the end of the conversation, John said, “You have no idea how much we missed you today. Had we never had you as our nurse, we would have never known the difference in the care we had been receiving. You are an amazing nurse.”

I was speechless and completely taken aback by his words. I thanked him and said, “On our floor, patients are not a room number or a diagnosis. Our patients are a part of our family, and we go above and beyond to exceed their expectations in every aspect of our care. I’m here for you.”

As I was leaving to round on my other patients, I reminded them to call if they needed anything and that I would be back as quickly as possible.

Just a short time later, I received a call from the secretary at the nurses’ station relaying a request for me to come to Mr. Smith’s room right away. As I headed down the hall, I found Susan waiting for me in the doorway. Through her tears she said, “I think it’s happening…” In that moment, I stopped and simply held her as she sobbed.

After a few moments, we entered the room and joined the others gathered around Mr. Smith’s bedside. As we watched him, he began breathing again, albeit not very deeply.

Susan turned to me and said, “It’s just like you said it would be. He’s having those moments where he stops breathing and then starts again. You were right!” I remained at the bedside with all of Mr. Smith’s family. Watching and waiting.

Just a few minutes later, Mr. Smith took his last breath with his family at his side. We all began to cry. I distinctly remember how John appeared afraid to touch his father. It was a moment I’ll never forget. I seized the opportunity to take Mr. Smith’s hand out from beneath the blanket and place it gently on his stomach. I then noticed how John slowly reached for and placed his own hand on top of his father’s. An incredibly emotional moment for everyone gathered in the room. Even after all these years, this memory still brings tears to my eyes.

After the arrangements had been finalized, Mr. Smith’s family asked if I could talk with them one last time. They thanked me for all that I had done for the man they so loved.

I told them, “I considered it an honor and privilege to share in the last moments of his life.”

Susan turned to me and said, “You were amazing with us, helping us all along the way. We don’t know what we would’ve done if you hadn’t been there for us.”

It’s moments like these that take my breath away and make me proud that I am a nurse.

End-of-Life Issues
(1 contact hr)
Caring for a patient approaching the end of life continues to challenge the most skilled, educated, and talented practitioners. Nurses have an obligation to address end-of-life issues with patients and families by addressing concerns, such as fear of abandonment, losing control of bodily functions, and being overwhelmed with pain or distress. This module will provide an overview for clinicians who provide comfort and support to dying patients and their families, regardless of the setting in which care is provided.

Improving Communication With Families
(1 contact hr)
Family members can be a good source of data. Formal and informal family meetings promote communication in stressful circumstances, especially when conducted proactively. They have been shown to improve family and staff satisfaction. If you are used to talking one-on-one with patients, interacting therapeutically with multiple family members can be overwhelming, especially during end-of-life situations and when beliefs, values, and expectations of family and patient may not be aligned. This course will help you become a more effective communicator.

POLST: Planning for Life Endings
(1 contact hr)
More than two decades ago, the Patient Self-Determination Act promised more patient involvement in end-of-life treatment decisions. Unfortunately, studies have shown that current forms of advance directives have not resulted in healthcare providers’ complying with patients’ end-of-life choices. To address this problem, the physician orders for life-sustaining treatment (POLST) model and form are now used or in development throughout the United States. Research is now demonstrating that the POLST model and form help patients achieve their EOL treatment preferences.