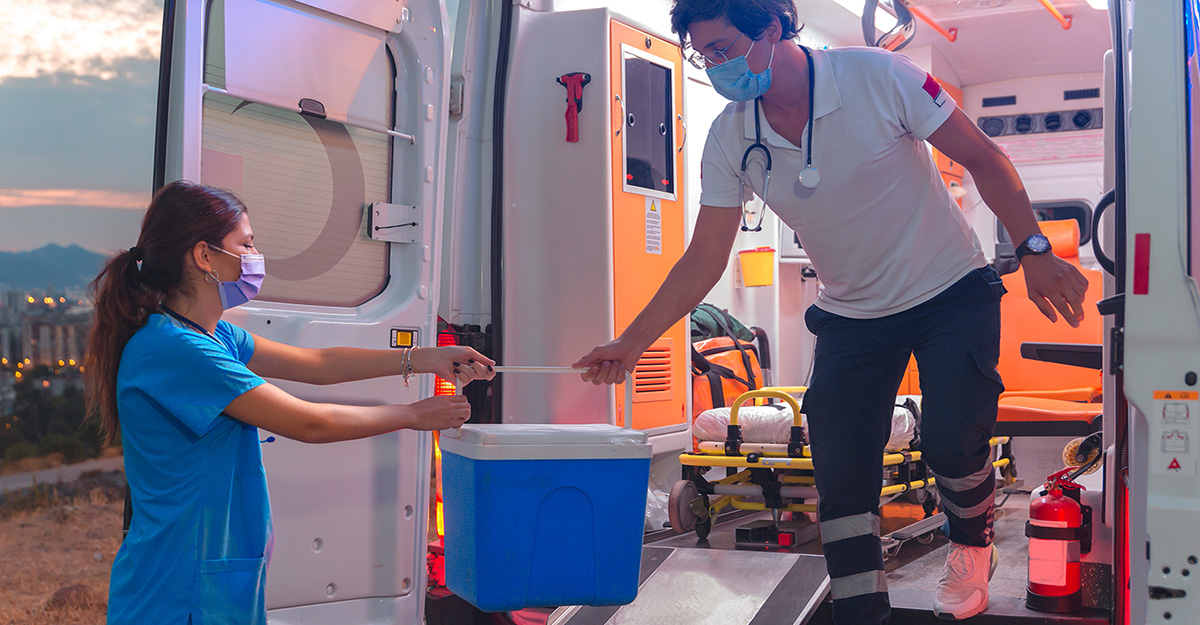 If your practice takes place in an ED or in a CCU/ICU, you may have cared for a patient who subsequently died and had agreed to organ donation.

In the U.S., such a donation is governed by each state through the Uniform Anatomical Gift Act (UAGA). The UAGA was initially passed in 1968 and was accepted by all states in 1972. The UAGA is based on “gift law” rather than on informed consent principles, and as such, allows the donation to be legally binding based on donative intent, transfer, and acceptance.

Because the process is an “opt-in” one, it affords the donor to grant a donation before his or her death (e.g., signing onto a donor registration list or through a designation on a driver’s license). Or an authorized agent of the deceased at the time of death can provide the donative intent for an unregistered person, which allows the legally valid gift to occur. Family members do not have the right to override a decision by a donor who opts-in for donation to occur.

Although this brief overview sounds precise, in reality, nothing is quite that well-defined as the following Tune V. Donor Network of Arizona case illustrates.

Particulars of the Case

An adult person was involved in a motorcycle accident, transported to a hospital, and died shortly after being admitted. Soon after his death, an RN from the hospital contacted the federally designated organ procurement organization (OPO) for Arizona as well as an eye and tissue recovery organization. The OPO searched for and found the deceased listed in a registry that the OPO was required to check.

Once the deceased’s name was found on the registry, the OPO contacted the deceased’s family several times by phone to determine if there were any medical conditions that would complicate organ donation. During these calls, the family questioned if their family member was truly a donor.

The deceased’s corneas were obtained by the OPO within the required time frame for the corneas to be transplantable. Later that same day, the OPO contacted the Arizona Motor Vehicle Division to confirm the deceased’s donor status. The OPO was told the deceased was not an organ donor. The OPO returned the corneas in time for them to be cremated with the deceased.

The deceased’s parents filed a lawsuit against the OPO alleging six claims related to the removal of their son’s corneas:

The OPO filed two motions to dismiss the claims against it, and both of the motions were granted by the court. The OPO then filed a Motion for Summary Judgment on the only remaining allegation against them, which the trial court also granted and entered a final judgment in favor of the OPO.

The family requested a new trial, which was denied. The family appealed that decision to the Appellate Court.

The main focus of the appellate court’s decision concentrated on the Arizona Revised Uniform Anatomical Gift Act and its presumption of good faith immunity: “A person is not subject to civil liability, criminal prosecution or administrative proceedings for good faith acts or omission related to the procurement of parts in compliance with this article. All acts and omissions are presumed to be in good faith unless the acts or omissions are done with intent to maliciously cause injury,” according to the gift act.

None of the allegations made by the family provided evidence to disprove the presumption of good faith by the OPO. The court stressed the fact that “undisputed evidence” supported the trial court’s finding that the deceased’s name was in the OPO registry.

The Appellate Court affirmed the trial court’s decision denying the request for a new trial.

Guidelines for Your Practice

There was undisputed evidence that the deceased’s name was on the OPO registry before his death. One can assume that the deceased placed his name there without informing his family, which he had every right to do. However, because the family did not know this and questioned if their son was truly a donor, their doubt resulted in this case.

You may provide care to a patient who has decided to become an organ donor. If a discussion of the intent to donate arises when providing care, you may want to consider encouraging patients to discuss this with their families in order to avoid the family’s questioning of the decision after the patient’s death.

Having such an interaction may avoid the emotional, financial, and legal experiences this family went through.

In terms of your own practice, the case underscores the following:

Take these courses related to organ donation and planning for end of life:

The Organ and Tissue Donation Choice
(1 contact hr)
Nurses are most likely to identify a patient who may be a prospective donor, call the organ procurement organization, and collaborate with the OPO team when there is the possibility of donation. This module focuses on the role of the nurse in organ procurement.

POLST: Planning for Life Endings
(1 contact hr)
The physician orders for life-sustaining treatment (POLST) model and form are used or in development throughout the United States. POLST documents medical orders based on a patient’s current health status regarding CPR, medical interventions, and artificially administered nutrition. The POLST form is highly visible and easily located, and it accompanies a patient across all healthcare settings. Ideally, the process reflects thoughtful advance care planning conversations between patients and healthcare providers. Research is now demonstrating that the POLST model and form help patients achieve their EOL treatment preferences.

Advance Directives: Conversations Matter
(1 contact hr)
Healthcare professionals have an important role in helping patients and families formulate advance directives. Despite intensive efforts, most Americans don’t have an AD and may face a life-threatening illness without a plan to guide their healthcare providers or relatives. End-of-life care experts stress the need for major changes in the approach to promoting ADs, including a focus on promoting ongoing dialogue between patients and healthcare providers. As patient advocates, clinicians are in a strong position to work with patients and other healthcare professionals to make these important changes occur.