The government has been urged to “act now” to support health services ahead of the winter and address staff shortages, amid damning new figures from NHS England.

Latest data for July 2022 has shown a total of 29,317 people who waited more than 12 hours in A&E from a decision to be admitted, to actual admission.

The new data set, which was published last week, also revealed ongoing challenges faced by staff in freeing up hospital beds. According to the figures, only 40% of patients in July were able to leave hospital when they were ready to.

Separately, it was found that the adult occupancy rate across beds in general and acute wards in England stood at just over 93% in July 2022.

In the same month, the average response time for ambulances in England dealing with the most urgent incidents was nine minutes and 35 seconds.

This was in increase from nine minutes and six seconds in June 2022 and is the joint longest average response since current recordings were introduced in 2017.

Almost 85,400 ‘category 1’ callouts – which require an immediate response to a life-threatening condition, such as cardiac or respiratory arrest – were handled by NHS staff in July 2022.

The latest figures come as NHS England chief executive Amanda Pritchard recently announced that two-year waiting lists had been virtually eliminated by the end of July.

This was one of the first milestones to be achieved under the elective recovery plan – a blueprint from NHS England and the government setting out how they intend to tackle record high waiting lists across the health service.

He added that the NHS in England was currently “working on working on plans to increase capacity and reduce call times ahead of winter”.

Professor Powis also commended how the NHS had managed to virtually eliminate two-year waits, and said the service is “turning a corner” in tackling the impact of Covid-19 on elective care.

Also responding to the data, the interim chief executive of NHS Providers, Saffron Cordery, said the figures showed “just how tough it is” on the NHS front line.

“Trusts are doing everything in their power to improve the pressure-cooker situation for patients and staff, but the government must act now to support vital services as we head for winter, including fixing chronic staff shortages and better funding severely depleted social care,” added Ms Cordery.

Meanwhile, RCN general secretary and chief executive Pat Cullen, warned that without government intervention to tackle staff shortages, that the situation will only worsen.

“Patients deserve better. Nursing staff are trying to deliver the best they can, but safe patient care is being undermined by the workforce crisis across health and social care,” said Ms Cullen, who added that emergency care was “close to buckling”.

She called for ministers to “change course urgently” and address the workforce crisis, beginning with rethinking the latest pay award.

Unison deputy head of health Helga Pile echoed these concerns and stressed that the problems affecting the NHS had “gone from bad to worse”.

Ms Pile said: “The government must stop watching from the side lines as too few health workers struggle to deliver for patients in the face of unprecedented demand.

“A solution to the staffing crisis, which lies at the heart of the worsening statistics, is long overdue. 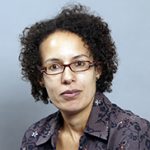 “That must start with a rethink on pay so the many staff on the brink of quitting are persuaded to stay. If they don’t, the consequences for care are unthinkable.”

Concerns over pay follow the latest pay awards announced for NHS staff across the UK which have been criticised by unions and in some cases have led to the development of industrial strike action ballots.

In response, a Department of Health and Social Care spokesperson said: “We are making progress in busting the Covid backlogs, and have rolled out over 90 community diagnostic centres that have already delivered over 1.5 million checks, tests, and scans, alongside 91 surgical hubs.

“We have also met our target to virtually eliminate waits of over two years for elective care – the first milestone in our Elective Recovery Plan.”

They added that the NHS is investing £150 million to help ambulance services improve response times, and described how the number of ambulance and support staff has increased by almost 40% since April 2010.

‘The nursing workforce is under extreme strain’