As nurses prepare to cast their votes in upcoming industrial action ballots following the government’s latest pay awards, Nursing Times explores the situation across the UK.

The 2022-23 pay awards for NHS staff on Agenda for Change contracts have fallen below the inflation-busting pay increases that unions including the Royal College of Nursing and Unison have been campaigning for.

In outlining their next steps, those representing the profession have told Nursing Times how nurses have been left with “no other option” but to prepare for industrial action and have praised the level of determination seen across the workforce.

It was announced in July that NHS nurses on Agenda for Change (AfC) contracts in England and Wales would be given a £1,400 pay increase for 2022-23. This was in line with the NHS Pay Review Body’s recommendations for this pay cycle.

Meanwhile, staff at the top of Bands 6 and 7 would receive more than £1,400 so that their pay rise is equal to 4%, the governments in both England and Wales confirmed.

Unions have reacted to the deal with anger and dismay, and both the RCN and Unison are set to launch consultative industrial strike action ballots in the coming weeks for nurses in both countries.

The RCN’s postal ballot for both England and Wales will run from 15 September to 13 October.

The ballot is consultative which means if voted for, and if it achieve the required 50% response rate, it could lead to industrial action, including complete withdrawal of labour.

This is different to an indicative ballot used to gauge opinions first. This was something done by the RCN last year, but it failed to receive the engagement required for an official ballot.

Meanwhile, Unison’s NHS members in England will also be formally balloted on industrial action in a ballot which opens on 27 October. Its members in Wales will also be balloted in the autumn, with an opening date to be confirmed shortly.

RCN general secretary and chief executive Pat Cullen told Nursing Times that through speaking to nurses across England in recent weeks “the level of not just anger but determination has astounded even me”.

“They will vote for change when the time comes,” she said.

“They are not voting for themselves but for their patients and everyone who needs a strong NHS – the service is on its knees and nursing staff have found the courage to stand up.” 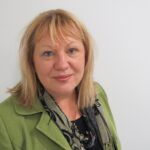 “Industrial action can take many forms and is always a last resort for nursing staff. Any action will be carefully planned to protect patients, but we have been forced into this by ministers who have consistently failed to support nursing staff.

“We proved we can strike safely and effectively in Northern Ireland.

“Make no mistake – if nursing staff are on the picket line, they have been pushed so far beyond the pay and conditions any worker would consider fair or reasonable.

“Ministers’ failure to tackle the workforce crisis is putting patients at risk and has left nursing with no choice but to consider strike action.”

Similarly, director of RCN Wales, Helen Whyley, told Nursing Times she had been speaking to nurses from Bangor down to Bridgend and “they are saying enough is enough”.

“We are absolutely clear; this is about the safety of patients. Staff shortages are putting patients at risk, and we have been left with no choice by our government, than to advocate for strike action,” she said.

“Nursing staff are utterly exhausted and demoralised, they need to be treated and paid fairly.”

Ms Whyley encouraged all eligible members to “vote for strike action in the ballot”.

In addition, Unison’s head of health Sarah Gorton, said it was clear across the UK that the “NHS workforce crisis requires urgent government action”.

This should start with “an above-inflation pay rise to give staff a reason to stay”, she told Nursing Times.

“Governments in Westminster and each of the devolved administrations must start addressing the staffing pressures and cost of living crisis, which have left health workers with no other option but to prepare for industrial action,” she added.

In Scotland, a 5% pay increase was put forward by the Scottish Government earlier this year.

But it was announced on Friday that nurses had rejected the deal and were prepared to strike over pay – as per the results of an indicative ballot.

The RCN and Unison are now preparing to launch consultative strike ballots in Scotland in the coming weeks, with Unite, GMB and the Royal College of Nursing set to announce their own ballot dates shortly.

At the RCN, a postal ballot will open on 15 September for four weeks – in line with that in England and Wales.

An indicative ballot of RCN Scotland members saw the number of those voting on the pay offer more than double, compared to a similar ballot last year, with more than 90% of members rejecting the award.

“The nursing workforce was in crisis before the pandemic. After years of under investment and inaction from government, our members are standing up for their patients and the future of their profession,” he said.

Mr Poolman said that the country’s health secretary had “committed to re-engaging with the trade unions” and that he “has the opportunity to come back to the table with a substantially improved offer”.

At Unison, members will be balloted over strike action from 3 October. The union said that an initial consultation had found more than 80% of members backed industrial action over the pay offer.

Unite Scotland and the GMB have also announced that NHS staff are “prepared to strike”, with members voting to reject the pay offer 89% and 97% respectively in similar consultations of members in Scotland.

The Royal College of Midwives (RCM) also saw its highest ever turnout for a pay consultation, with almost 90% of members voting to be formally balloted on industrial action.

Unite, GMB and the RCM are expected to announce their consultative industrial action ballot dates in the coming weeks.

In Northern Ireland the absence of an agreed budget means there has been no official pay outcome for its nurses.

In July, health minister Robin Swann announced his intention to accept the recommendations of the NHS Pay Review Body to uplift the full-time equivalent salaries of all AfC staff by at least £1,400 for 2022-23.

However, Mr Swann said he was unable to immediately implement the pay settlement, because the executive budget for the financial year in Northern Ireland is yet to be agreed. 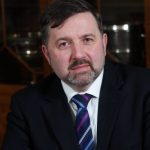 The Northern Irish executive has collapsed before, most recently between 2017 and 2020, during which time pay for nurses did not keep up with that of their counterparts in other parts of the UK.

RCN members in Northern Ireland successfully went on strike over the Christmas and New Year period in 2019-20, with the devolved government subsequently reforming, providing nurses with pay parity and a promise of safe staffing.

A spokesperson at the RCN told Nursing Times that the RCN Northern Ireland Board will be meeting later this week to “decide upon next steps” in its campaign for fair pay.

Meanwhile, Unison said its members in the country were “continuing to campaign for a pay rise that protects them against inflation”.

Governments across the four devolved nations were contacted for comment in response to concerns raised and the upcoming ballots.

A spokesperson at the Department of Health and Social Care in England said: “We accepted the recommendations from the independent NHS pay review bodies in full, giving over one million NHS workers, including nurses, a pay rise of at least £1,400 this year.

“We want a fair deal for staff and we know that very high inflation-driven settlements would have a worse impact on pay packets in the long run than proportionate and balanced increases now.

“Industrial action is a matter for unions, and we urge them to carefully consider the potential impacts.”

They added: “We hugely value the dedication and contribution of NHS nurses, and are working to boost recruitment, training and retention to ensure the NHS has a long-term sustainable nursing workforce.”

Meanwhile, a Welsh Government spokesperson said: “It is always disappointing when any members of our workforce reach a point where they feel that they have to ballot for industrial action.

“During an intense cost of living crisis and with predictions of further inflation and recession, we understand the concerns of our workforce about how their standards of living may be eroded.”

They added: “In announcing our pay award for the NHS workforce in Wales, we made clear that without additional funding from the UK Government, there are limits to how far we can go to address these concerns in Wales.

“We continue to press the UK Government to provide additional funding necessary for fair pay rises for public sector workers.

“We will seek to maintain our conversations in social partnership with our workforce representatives in Wales, and ensure that we have plans in place to maintain patient safety in the event of industrial action.”

Scotland’s health secretary Humza Yousaf said: “While we respect the mandate given to trade unions, I am disappointed they have voted to reject the record 5% pay deal for NHS Scotland AfC staff, and are now holding ballots for industrial action.

“We will consider the next steps and look to re-engage with trade unions as soon as we can, and hope to reach a satisfactory outcome.”

The Department of Health in Northern Ireland did not provide a response but instead pointed to its news release confirming it had accepted the NHS Pay Review Body’s recommendations but that it was unable to move forward without an agreed budget.

Nurses speak of ‘shift in appetite’ for strike action over pay