Student nurses are facing “inconsistent access” to clinical supervision while on placement, an exclusive Nursing Times survey has found.

Just over half of nursing and health educators surveyed from May to August said their nursing students were being given “dedicated time” for clinical supervision during their placements.

But with a quarter of respondents stating they were “not sure” if this was the case, nurse leaders have warned of the “lack of awareness” among some educators about this issue.

In partnership with the Council of Deans of Health (CoDH), Nursing Times has surveyed nursing and healthcare educators about the state of student nursing education in the UK and has today published its findings.

Placement accessibility and staffing issues were cited as the most pressing issues, according to the 51 members of the CoDH who responded to the survey.

The online questionnaire asked educators about the issue of clinical supervision and whether nursing students were being given time for this while on clinical placements.

Among those who answered yes, 61% said clinical supervision time was being counted towards students’ clinical practice hours. However, 14% said it was not and 25% were not sure.

Clinical supervision is a formal opportunity for nurses and students to reflect on and discuss their experiences in practice with a registered professional, and can happen via one-to-one, group or online meetings.

Earlier this year, the Nursing and Midwifery Council highlighted the “rising importance” of student nurses being able to access clinical supervision during their studies.

A letter from the nursing regulator clarified that it should also be counted as hours in practice, following previous confusion over this.

The intervention from the NMC followed a campaign from the Clinical Supervision Subject Expert Group, convened by the Florence Nightingale Foundation (FNF).

Professor Gemma Stacey, deputy chief executive of the FNF, said that while evidence on the value of clinical supervision was “clear” and despite “explicit endorsement” from the nursing regulator, the survey findings “demonstrate the inconsistent access to clinical supervision that students are experiencing”.

While she appreciated that the facilitation of clinical supervision for students “is a resource intensive educational approach”, she said the expert group at the FNF were aware of “excellent examples” of it being achieved through the collaboration of universities and placement providers.

“What is clear is when a commitment is made to clinical supervision as an integral aspect of a pre-registration programme, students are more likely to see the value of it for their future support and development,” Professor Stacey told Nursing Times.

Reflecting on her own experiences of providing clinical supervision, she said it helped identify students “who are struggling” and enabled “targeted support” to be put in place.

“Also, the relationship between student and educator is enhanced which builds a sense of connection and belonging,” she added.

“All of which have a positive impact on the experience and retention of students.

“By nurturing our next generation of nurses, we are welcoming them into our profession and emphasising the value we place on their development and wellbeing.”

Meanwhile, Joanne Bosanquet, chief executive of the Foundation of Nursing Studies (FoNS), which is also a member of the expert group, said: “These survey results are encouraging in one respect, that over 50% of undergraduates are being offered clinical supervision. 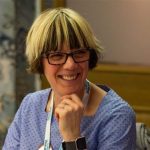 “What is not so encouraging is the rest who may or may not be offered this vital reflective space and the lack of awareness amongst the educators in 25% of responses.”

However, she told Nursing Times that it could be the case that educators responding to the survey may understand clinical supervision as “one to one practice supervision, rather than a group based reflective space”.

Ms Bosanquet highlighted that FoNS was currently facilitating a resilience-based clinical supervision (RBCS) programme across the South East of England, as commissioned by Health Education England.

When asked for comment, the NMC directed Nursing Times to its previous statement issued in March, in which its director of professional practice Professor Geraldine Walters, said: “Our standards require professionals to be able to experience, contribute, and develop the skills to lead clinical supervision and team reflection in their future careers.

“To do this, it’s important for them to take part in clinical supervision during their practice placements as part of their learning, and of course, it’s also beneficial for their own health and wellbeing.

“We wanted to reinforce and emphasise this, because the impact of the pandemic means that supportive clinical supervision has never been more important for professionals and students alike.”