Placement accessibility and staffing issues are the most pressing challenges facing nurse education across the UK, an exclusive Nursing Times survey has revealed. A small number of universities have even been forced to close, or consider closing, some nursing programmes because of these problems.

In partnership with the Council of Deans of Health (CoDH), Nursing Times has surveyed nursing and healthcare educators about the state of student nursing education. The results, which nurse leaders say have painted an “extremely worrying” picture, follow a decline in the number of students accepted onto nursing courses for 2022.

The survey of 51 members of the CoDH – which supports university faculties that educate nursing, midwifery and allied health professionals – from May to August, provides a snapshot of the issues facing nursing students, academics and programmes.

When asked about current challenges in nursing education, 84% cited placement accessibility issues. The pandemic had caused “severe disruption” to placement availability and allocation for students, and the impact was still being felt, the survey found.

One respondent highlighted “enormous” problems around the “closure” of community mental health placements, meaning there was a “large group of students who have a largely institutional based placement experience”. Another warned the “financial burden” for students attending placements was “huge”.

In addition, 67% of respondents said academic staffing issues were among the greatest challenges they were facing, while 63% said the same about staff in clinical practice settings. One said the pandemic had caused a “drain of academic staff leaving the university” and that it was difficult to recruit.

Of those surveyed, 10% reported having to close a nursing course in the past year. Reasons included a lack of placements, difficulty recruiting students and academic staffing issues. Similarly, 12% said they had held internal discussions about closing a course in the next academic year – the majority concerned learning disability nursing programmes.

Supply of learning disability nurses is already a concern, with data suggesting only a marginal increase in the workforce in the English NHS in recent years.

Overall, 86% of respondents agreed that the number of students on their courses had grown since September 2020 – reflecting an increase in interest in nursing during the pandemic. Just 14% said numbers remained the same and none reported a decline.

Conversely, new figures from the Universities and Colleges Admissions Service found the number accepted onto courses for 2022 was down by 7% on 2021, though it was still higher than in 2020.

A little over half (51%) of survey respondents said their nursing courses were currently filling to maximum capacity, while 20% said they were almost full. Some 16% said they were not and it varied for 14%.

Furthermore, 49% of educators said student attrition rates had worsened since September 2020. Just 10% said the situation had improved, while 43% said it remained the same. Most (86%) reported they were working to improve attrition rates.

Other findings revealed that only around half of educators believed students were getting dedicated time for clinical supervision on placements, despite recent emphasis on its importance from the Nursing and Midwifery Council.

The pandemic also sparked a shift towards simulation activities, with 90% of survey respondents noting a rise in its use. A significant 76.5% supported the increased usage, while 8% did not and 16% were unsure. The NMC also recently announced the doubling of simulation allowances for some programmes to 600 hours.

Some respondents spoke positively of simulation opportunities, including one who believed “good simulation is a vital component of student nurse education”. Staff shortages and wellbeing issues mean “students do not get the full range of learning experiences we would like them to have”, they said.

“Simulation takes them closer to being ready to use practice-based opportunities when they arise, increases their confidence and really gives us an opportunity to closely relate theory and practice,” they added. But others highlighted challenges, including the added cost, and warned it was “no substitute for the real-life experience” and that “patient contact cannot be replaced”.

The survey asked educators about the mental health and wellbeing of students and staff. Nursing Times has been running its Covid-19: Are You OK? campaign since 2020 to lobby for appropriate mental wellbeing support for nurses.

Some 67% of respondents thought their institution was doing enough to support student mental health, while 12% did not and 21% were unsure. One said it “feels like we are in an epidemic of anxiety and depression with our student nurses”. Another noted there was a “great deal of support” for students but “the difficulty is in ensuring that students are aware of it and open to accessing it”.

Meanwhile, 35% of respondents felt not enough was being done to support staff wellbeing, 41% said there was and 24% were unsure.

“Student support is always prioritised over staff mental health, and while individual managers can be good at this, there is less structured guidance and support across the institution more formally,” said one respondent.

Another added: “Staff are overworked and on their knees. We will see more and more staff leave, if we do not recognise their needs and reduce the workload – however, we have such a long way to go to recover from the past few years.”

On equality, diversity and inclusion (EDI) in nurse education, 65% of respondents thought their institution was doing enough to support it while 10% did not, and 25.5% were unsure. “There is always more to do, but this is a core value of the university,” said one educator.

But another said: “We have a very serious regard for this, but nationally we see that Black and Brown students have poorer outcomes from their degrees, so we are not getting it right.” Some respondents outlined EDI initiatives they were working on, which included networks, toolkits and peer mentoring programmes.

Responding to the results, CoDH chief executive Dr Katerina Kolyva said “continued focus” was needed on increasing staff in university and placement settings. “Placements remain a challenge for our members, and we will continue to advocate for greater flexibility in practice settings to fully embed social care and simulation to offer the quality and quantity of healthcare professionals our country needs,” she said. She added that her members “worked tirelessly” during Covid-19 and were “applying lessons they learnt to continue to improve the student experience”.

Meanwhile, Dr Nichola Ashby, the RCN’s deputy director of nursing for education, research and ethics, said the survey “painted an extremely worrying picture”. “Nursing educators are clearly under enormous pressure, many are now leaving the profession,” she said. “Students struggling to access placements and adequate tuition time is seeing no let-up in the number not making it all the way though their courses to qualification.” She called for “urgent action” to address the issues raised.

Health Education England’s chief nurse, Professor Mark Radford, said: “The last two years have been incredibly difficult for both our students and those educators in higher education institutions supporting them, with many experiencing considerable disruption. We are grateful to education providers for their continued support during what has been a period of unprecedented challenges.” He highlighted additional investment into placements and simulation activities, and continued efforts to support students to complete their courses. 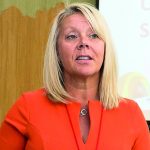 Meanwhile, Lisa Llewelyn, director of nurse and health professional education at Health Education and Improvement Wales, flagged a new placement programme that aimed to “effectively respond to placement capacity challenges”. She also paid tribute to the efforts of academic staff and students throughout the pandemic.

A spokesperson for NHS Education for Scotland said: “While placement availability is a real challenge, in Scotland there is evidence of good collaborative working between higher education and practice partners to ensure the quality of the learning experience is maintained.” They said they were also working with university providers to help ensure a “wide variety of placements” were on offer.

No respondents to this survey cited that they were from a university in Northern Ireland. 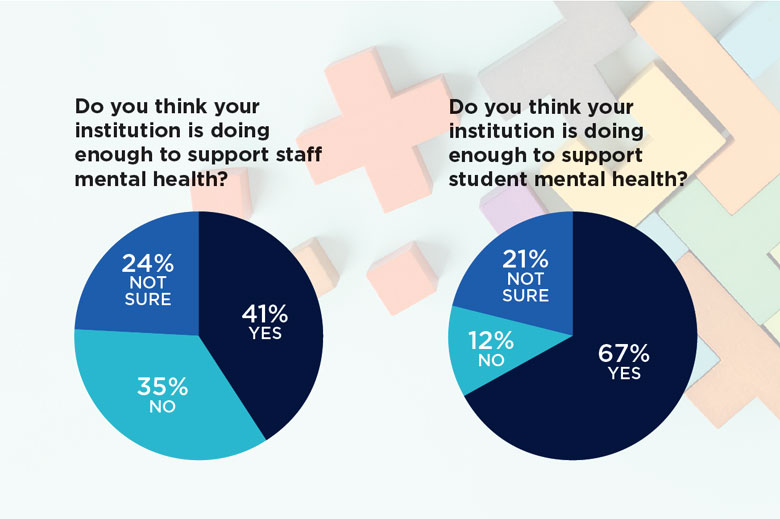 ‘Placement delivery is vital for the future of nursing’