Ministers are set to propose changes to legislation that they claim will make it easier for overseas nurses to join the UK register, according to reports.

Asked by Nursing Times to clarify what the changes would be, the government would only confirm that the legislation was going to be published at some point today.

A statutory instrument, which does not need to pass through full parliamentary voting, was due to be laid before the Commons on Monday 5 September, after MPs returned from their summer recess, said the Department of Health and Social Care (DHSC).

According to a report in The Guardian, the new legislation would give the Nursing and Midwifery Council (NMC) more flexibility to change processes “in relation to qualification comparability and the assessment of international applicants”.

The newspaper said the legislation highlighted that “excessive detail on the process that the NMC must follow to assess international applicants makes it difficult for the regulator to explore alternative registration routes to its test of competence”.

However, the NMC described the proposed legislation as “small administrative changes” which were not contentious.

Linda Everet, assistant director for registration and revalidation at the NMC, said: “We welcome these minor amendments to our legislation.

“They update the requirements for some of the documents we need from international applicants to our register, and clarify how we assess applications.

“The rest of our process and requirements remain the same.

“While this amended legislation gives us greater flexibility for the future, we currently have no plans to move away from the test of competence as our primary route to the register for internationally trained professionals, who make a vital contribution to UK health and care services.”

The reports come after a consultation, launched in February this year, which proposed a series of changes to international registration processes for nurses coming to the UK from overseas.

At the time of its launch, the DHSC had said its aim was to ensure that future registration processes for health professionals outside the UK are “proportionate and streamlined, while continuing to robustly protect patient safety”.

In August, the new health secretary, Steve Barclay, said he had ordered civil servants to “work at pace” to draw up proposals that would “significantly increase” international recruitment of health workers, including nurses.

In an interview with The Telegraph, he said that hiring more nurses from countries including India, Sri Lanka, and the Philippines would help tackle workforce shortages.

In the same month, the government announced that it had signed a deal with the Nepalese government to recruit up to 100 nurses from that country to work in the UK, despite Nepal appearing on the World Health Organization’s ‘red list’ that bans overseas recruitment of healthcare staff.

By signing the inter-governmental agreement, Nepal was automatically moved to the WHO’s ‘amber list’ which limits recruitment only to the terms of the deal.

Responding to the reports, Royal College of Nursing general secretary and chief executive, Pat Cullen, said any attempt to increase recruitment of overseas nurses was a “sticking plaster on the deepening workforce crisis”.

“Figures from the nursing regulator showed a ten-fold increase since the 2019 general election in the number of nurses joining from countries currently identified as having the most severe workforce shortages,” she said. 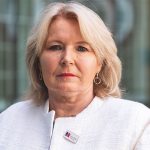 She added: “It’s plain to see that an overreliance on overseas recruitment can be harmful to the countries we’re taking from.

“We will fight ministers if they believe the best way to respond to record unfilled nurse jobs, on their watch, is to raid other countries.”

Professor James Buchan, senior fellow at thinktank the Health Foundation, said: “Reports that there will be legislative change to make it easier to recruit nurses and dentists internationally reinforces just how policy critical this quick fix solution to NHS staff shortages has become.

“We need to keep in mind that the primary role of the nursing and dental council regulators is to protect the public. Any changes to support even faster- track international recruitment should not compromise this responsibility. Neither should it lead to any increased risk that international recruits are treated unfairly.”

Horseshoe Crab Blood Ensures the Safety of Drugs and Vaccines, But Supplies Are Dwindling – Scrubs

Horseshoe Crab Blood Ensures the Safety of Drugs and Vaccines, But Supplies Are Dwindling - Scrubs

How Nurses Can Cope With a Patient’s Death