Government leaders have released statements warning of the “significant impact” nurse strikes tomorrow will likely have on health services, but are yet to put forward a resolution to the dispute.

In what has been described as a historic moment for the college, nurse members of the Royal College of Nursing will strike across NHS employers in England, Wales and Northern Ireland from Thursday morning.

The dispute centres on this year’s below-inflation pay awards for NHS nurses on Agenda for Change contracts and connected issues of staff shortages and patient safety concerns.

In a statement released tonight ahead of the strikes, UK health and social care secretary Steve Barclay said he regretted the strikes, but continued to stick by the pay awards implemented for 2022-23.

He said: “Our nurses are incredibly dedicated to their job and it is deeply regrettable some union members are going ahead with strike action.

“My number one priority is to keep patients safe – I’ve been working across government and with medics outside the public sector to ensure safe staffing levels – but I do remain concerned about the risk that strikes pose to patients.

“Nevertheless, the NHS is open and patients should continue to seek urgent medical care – and attend appointments, unless they’ve been contacted by the NHS.”

While recognising the “challenging times”, Mr Barclay once again reiterated how the government in England had accepted the recommendations of the NHS Pay Review Body to give nurses a pay rise of at least £1,400. The same rise has also been given to nurses in Wales and Northern Ireland.

Mr Barclay claimed any further pay rise “would mean taking money away from frontline services at a time when we are tackling record waiting lists as a result of the pandemic”.

Talks between Mr Barclay and the RCN’s chief executive and general secretary Pat Cullen failed to avert strikes this week, when the health secretary once again refused to talk about pay.

A meeting between health unions and the Welsh health minister Eluned Morgan also failed to find a resolution earlier this week.

Also speaking ahead of the planned strikes, Ms Morgan said: “We believe all public sector workers should be fairly rewarded for the important work they do.”

She added that the strikes would “inevitably have a significant impact on NHS services”, but that the government recognised the “strength of feeling among staff, which the difficult decision to vote for industrial action reflects”.

“While we were unable to avert this week’s industrial action, all partners have agreed to keep talking and continue to work together,” said Ms Morgan.

“We will work continue to bring together trade unions, employers and government to deliver the best possible outcomes for workers within the funding we have available.” 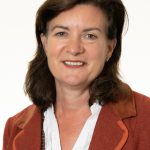 Separately, the Department of Health in Northern Ireland, which is currently without a health minister, has also issued a statement on strike action and pressures on health services.

It said the department “fully understands the frustration and deep concern of staff across health and social care, who have worked in extremely challenging circumstances over the last three years and continue to do so”.

“In respect of tomorrow’s planned action by Royal College of Nursing, intensive work is ongoing to mitigate the impact on patients where possible,” it added.

But the department also reiterated that “already fragile services will inevitably be further impaired by industrial action”.

Northern Ireland has already seen industrial action, including a day of strike, this month by nurse members of the union Unison.

“There is particular concern at the cumulative impact of repeated strike days, at a time when the health service is facing what many regard as the most challenging winter in its history,” added the statement from the Department of Health.

The department claimed that the dispute was a “national dispute which is only resolvable at national level”.

It said it was also “extremely concerned” about the “scale of the current pressures on health and social care services – and the impact this is having on patients, service users, carers and staff” and called for “sustained and long-term action to secure greater capacity” for services.

In response to concerns about patient safety, the RCN has extended the number of clinical areas that will be exempt from nurse strikes to include mental health, learning disability and autism services, all emergency cancer services, and for all children attending emergency departments.

A second day of action is also planned by the RCN for Tuesday 20 December across the three nations.

Multiple health unions also have mandates for ambulance workers to strike this month.

Meanwhile, strike plans in Scotland are on pause amid an improved pay offer put forward by the government there.

Members at Unison and Unite have voted to accept the deal which would see NHS workers given an average 7.5% pay uplift for 2022-23, equating in pay rises ranging from £2,205 to £2,751, depending on pay band.

RCN members have until Monday 19 December to vote in a consultative ballot on the revised pay offer.

‘Only with wide-ranging support can nursing associates reach their potential’