Ministers in Wales and Scotland have unveiled funding plans for health and social care services for the next year, but nursing union leaders are concerned the measures do not go far enough to address the workforce crisis.

In a draft budget announced on 13 December, the Welsh Government said it was going to build on the £9.4bn of existing funding for health and social care services for 2023-24, by committing to invest a further £165m.

“Even with this uplift in funding however, there will be difficult choices for the NHS”

Within its budget document published earlier this month, the Welsh Government said this would “support our health service as it continues to respond to urgent and emergency care pressures and to reduce long waiting times, which built up during the pandemic”.

Though it added: “Even with this uplift in funding however, there will be difficult choices for the NHS as it seeks to protect frontline services amidst the twin pressures of high inflation and rising energy costs.”

Also within the draft budget, the Welsh Government committed to investing a “recurrent provision of £70m” to be able to pay the Real Living Wage for social care workers in the country.

During a debate in Welsh parliament about the budget, member of the Senedd (MS) and Conservative shadow minister for finance, Peter Fox, said there was a “disappointing level of detail” about how the additional funding for health and care services would be allocated.

For example, he asked how staff shortages would be addressed to ensure safe staffing levels were achieved and so that less money was spent on expensive agency workers.

A UK-wide dispute is currently ongoing between ministers and unions over NHS staff pay and has seen thousands of nurses take strike action in Wales, England and Northern Ireland this month.

Mr George claimed that millions spent on agency nurses could be “spent on raising nurses’ pay”.

He also said poor decisions made by the government meant the Welsh health budget “does not have the capacity that it could have to raise nurses’ pay”.

Meanwhile, MS Rhun ap Iorwerth, deputy leader of the Plaid Cymru party, acknowledged that nurses were taking strike action because they have “reached their limit” and so the government needed to “push the boundaries in terms of what is possible”.

He stressed money must be found to “make a better wage offer” to avoid NHS strikes but to also “show the appreciation that needs to be shown to nurses and that invests in the morale of the workforce”.

Royal College of Nursing Wales director Helen Whyley was also critical of the funding plan and claimed it “fails to address the nursing workforce”.

With 3,000 registered nurse vacancies in the NHS in Wales, “low pay is fanning the flames of this workforce crisis”, she said.

The RCN has been campaigning for a 5% above inflation pay rise for NHS nursing staff across the UK – much higher than the £1,400 wage increase most nurses have seen in Wales, England and Northern Ireland.

Ms Whyley added: “Nursing staff must be paid fairly for the safety critical work they do.

“The draft budget… announced additional money for the health service. This must be used to give nursing staff a significant pay rise.”

Meanwhile, the government in Scotland announced its draft budget plans on 15 December.

In Scotland, nurse members of the RCN have this week rejected a revised pay offer from the government there, meaning strike plans will press ahead in the new year.

According to Scottish Government, health and social care services in the country will receive the “highest ever” budget settlement over the next year.

It has unveiled a £19bn package for health as part of its draft budget, which it says will help tackle the immediate pressures caused by the pandemic and a difficult winter, while supporting the delivery of services that are “fit for the future”.

As part of its budget measures, the Scottish Government also said an additional £1bn would be made available to fund its renewed pay offer for NHS staff for 2022-23.

The Scottish Government had put forward a “best and final” pay deal last month that would have seen NHS workers given an average 7.5% uplift, meaning Agenda for Change staff would receive pay rises ranging from £2,205 to £2,751, depending on their pay band.

The funding package for health and care services would see more than £1.2bn for mental health services to “provide record staff numbers”, the government said.

In addition, more than £2bn would be allocated to primary healthcare to help “deliver and improve” these services, it noted. 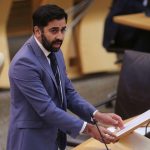 A total of £160m would also be given to address public health emergencies and reduce avoidable harms associated with drugs and alcohol.

Health secretary Humza Yousaf said: “Frontline workers are the foundation of our health and care services, and I am extremely grateful for them for getting us through the pandemic and facing down one of the toughest winters in NHS history.

“This historic settlement took some difficult decisions, but we are steadfast in efforts to address the immediate pressures on health and social care services, and support fair work and pay.

“I want health and care services that are fit for the future – a future where Scotland continues to be the best place for health and care workers and where everyone gets the care that they need, where and when they need it.”

But in response, RCN Scotland director Colin Poolman claimed the budget was “light in detail on how the Scottish Government plan to address the current nursing workforce crisis”. 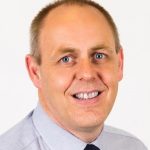 “In the longer term, there needs to be an open and honest discussion about the ongoing level of investment and new ways of working that will be required to have a sustainable workforce that can meet the continued growing demands on our health and care services.”

The news in the devolved nations comes after the government in Westminster committed to publishing “independently verified” forecasts of how many nurses and other staff the NHS needs, as part of the chancellor’s autumn statement last month.

Funding for the devolved nations is calculated via a Barnett formula mechanism used by the UK Government to match public expenditure in Wales, Scotland and Northern Ireland with that in England.

Why VA Nurses Around The U.S. Are Not Striking