On December 16th, an air ambulance crashed into the ocean off the coast of Hawaii in what is described as a horrific medical air accident. According to the U.S. Coast Guard, officials searched by air and sea after a report of “a downed aircraft in the Maui Channel.”

Global Medical Response confirmed that the aircraft was a Hawaii Life Flight emergency fixed-wing airplane, used for medical transport. There were three individuals on board at the time of the crash, including medical flight nurse Courtney Parry.

The team had been en route from Maui to Waimea on Hawaii Island to pick up a patient for transport. According to reports, another pilot saw the plane crash into the ocean just south of Hana, Maui. The plane went off the radar at approximately 9:30 pm local time. The plane was at an altitude of about 5,000 feet.

“We learned early this morning that we had to take action,” Green said. “By seven in the morning we convened the team, emergency meetings from eight until about 11, and we got the emergency proclamation done because we know these services are critical.” According to reports, roughly 15 patients are sent to Oahu daily for additional medical care including high-risk OB patients, pediatric patients, strokes, and heart attack patients.

After an extensive air and water search, responders spotted an oil sheen and then shortly after recovered aircraft debris that has not been confirmed yet from the medical plane. The Coast Guard deployed multiple aircraft and sea vessels including, an MH-65 Dolphin helicopter and a C-130 from Air Station Barbers Point. The US Coast Guard, on December 18th, pronounced Parry and the two other missing crew members officially deceased after the search was called off. The bodies and remainder of the aircraft have not been found as the weather has not been ideal to continue the mission.

Image: Parry and her daughter, Sydney

“You can tell them that, yeah, this was a terrible tragedy, but my mom loved to help people.

There wasn’t anything she wasn’t willing to do for anyone. We plan on honoring her memory by being selfless and showing love and aloha to everyone that we come in contact with.

Her memory isn’t going to die out or fade because we know that people loved her and she was loved and we’re going to take that love and we’re going to spread it around and multiply it. we’re going to search for the beauty in the tragedy and move forward with love and gratitude in our hearts for our mom and everything that everyone has done to help get us through. “

A GoFundMe has been set up to help Sydney with funeral expenses and additional costs. 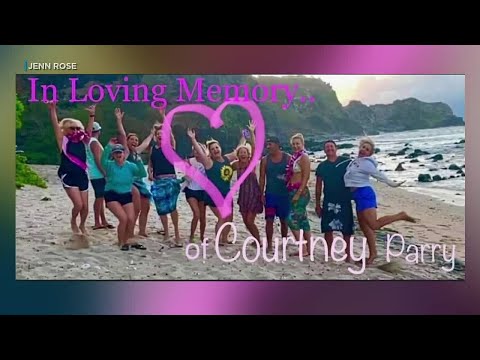 How Nurses Can Set SMART Goals For 2023

CMS Warns Hospitals Must Do More to Protect Staff – Scrubs