Exclusive: RCN chief urges ministers to ‘get a grip and negotiate’ on strikes eve

Nurses will continue to strike for as long as it takes to stop the government “turning their backs” on the profession and ignoring their urgent pay and workplace needs, the leader of the Royal College of Nursing has told Nursing Times in an exclusive interview on the eve of further strike action.

RCN general secretary and chief executive Pat Cullen said her appeal to ministers ahead of nurse walkouts this week was to “find a negotiating table” and “start to bring our health service back from the brink”.

Thousands of nurses will take to the picket lines across England on Wednesday and Thursday as part of ongoing strike action organised by the RCN.

The situation comes amid a dispute between health unions and the government on NHS pay and the connected issues of staffing and patient safety, which also saw nurses strike before Christmas.

On Monday, the RCN announced further strike action would take place on two consecutive days next month in England and Wales, and across more locations than ever before.

Meanwhile, strike action is currently on pause in Scotland amid fresh negotiations with the government there, and there are currently no plans for further strikes in Northern Ireland due to the lack of a fully functioning executive there.

Speaking to Nursing Times this afternoon, Ms Cullen said nurses were prepared to strike for as long as necessary to force the government to act on pay and address the crisis within the health service and the nursing profession.

“They will continue for as long as it takes for this government to stop turning their back on them and stand up and face them, and do the right thing and hear their voice,” she said.

She warned that ministers needed to talk with nurses “around a table”, rather than about them “on the media and on the airwaves”.

In recent months, Ms Cullen said she had spoken with thousands of nurses about the key issues impacting them most, including poor pay and the cost of living, and the negative impacts of nurse shortages.

Some had told her they were now “spinning patients in the same way that you would spin plates” to try and manage the unrelenting pressures seen in the health service.

Ms Cullen said she had growing concerns about the mental health and wellbeing of nurses.

Nursing staff were “living on an almost knife edge within the system all the time”, she noted.

“They feel that they have very little left psychologically and emotionally to keep their resilience going, and they are worried about the impact that is having when they are dealing with very challenging situations in relation to their patients,” Ms Cullen told Nursing Times.

Nurses continued to struggle to take breaks while on shift, and those who were able to have a 10-minute tea break were left feeling “guilty” because “they know that they are leaving an already depleted workforce behind”.

“There is no time. No time for these people to actually have time to think about themselves or even give them a little bit of respite away from what’s very pressured complex areas,” added Ms Cullen.

She reiterated the particular pressures faced by emergency departments and noted the “harrowing stories” she was being told about the rise in corridor care.

Some nurses had described squeezing trollies onto both sides of the hospital corridor due to the sheer demand and lack of bed space, noted Ms Cullen.

Others had told her they were “having to manoeuvre over one patient’s bed to get to another”.

“[Nurses] fear they do not have emergency equipment on those corridors in the event of needing to deal with an urgent clinical matter for a patient,” added Ms Cullen.

“The dread and the fear that those nurses have, waking up at 5 o’clock to start duty at 7 o’clock, and knowing the conditions that they’re going into, that they they’re going to come into a completely depleted workforce once again.”

In addition, nurses continue to worry about their pay and the rising cost of living, said Ms Cullen.

She said the “fear and fright among our nursing staff at not being able to meet their basic utility bills” was “palpable”.

The RCN leader has so far engaged in three meetings with health and social care secretary for the UK, Steve Barclay, but said the government had failed to address the issue of nurse pay for 2022-23 or head off nurse strikes.

A meeting held with Mr Barclay just last week was “collaborative and collegiate”, noted Ms Cullen, but did not include negotiations.

“Part of that conversation focused on how we could assist and support him to look at efficiencies and productivity from the nursing profession, in order to support his case with [the] Treasury,” she told.

“I found that quite interesting to say the least, because how do you ask a profession that has 47,000 vacant posts, unfilled posts, at this point in time, with an NHS in absolute crisis, and nurses working 14-hour days, at least two hours over their shift, unpaid every single day, to actually give you something more.”

Most NHS nurses on Agenda for Change in England, Wales and Northern Ireland have been handed a £1,400 pay increase for 2022-23 – in line with recommendations from the NHS Pay Review Body.

Meanwhile, NHS nurses in Scotland have been given an average 7.5% pay increase and new negotiations on other proposals related to pay are set to be discussed between the government and health unions in the coming days.

Speaking today, Ms Cullen reiterated that she was prepared to meet the UK Government “halfway” on pay.

The RCN has been campaigning for a 5% above inflation pay increase, which currently equates to 19%.

When asked by Nursing Times if this meant she was prepared to accept a pay offer at half of this percentage, she said that while nurses were “entitled” to a pay rise of 19%, “they keep saying they are not greedy people”.

Her appeal to the government this evening, ahead of the next round of strikes in England tomorrow, was for the prime minister to “find a negotiating table”.

She added: “We’ve extended the olive tree to you. We’ve said to you now to grasp the nettle.

“Do that on behalf of the people… you owe it to them, to every patient who’s sitting on those waiting lists.

“And you owe it to every member of nursing staff who is struggling every day to do the very best for their patients and who are now considering leaving the profession and leaving the health service. 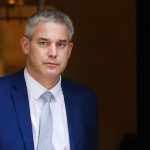 “So, get a grip. Do it for Britain and start to bring our health service back from the brink.”

“It is inevitable industrial action will have an impact on patients.”

He claimed “constructive talks” had occurred with the RCN and other health unions regarding the 2023-24 pay process and that he looked forward to “continuing that dialogue.”

Ask A Nurse: What Are The Best Watches For Nurses?